Dr. Marino believes the old adage “when your foot hurts, everything hurts”. He has been helping people with foot and ankle pain for over 29 years. He believes patients should be well informed about their medical problems so that they could make educational choices about their foot and ankle care.

Dr. Marino is also a Qualified Medical Examiner (QME) for the State of California and has particular expertise in treating and navigating the worker’s compensation system. He has lectured to numerous organizations on foot and ankle injuries in the work place and continues to perform peer reviews for a number of worker’s compensation insurance companies.

Dr. Marino was an avid athlete during his high school and college days and even played in the Men’s Senior Baseball league until 1989 when a knee injury ended his baseball career. He was also in the Fire Department in his town on Long Island during medical school and residency. Dr. Marino cherishes his family time and lives in the North Bay with his wife Sharon of 22 years and their two children Nicole and Anthony, both of whom are in their late teens. 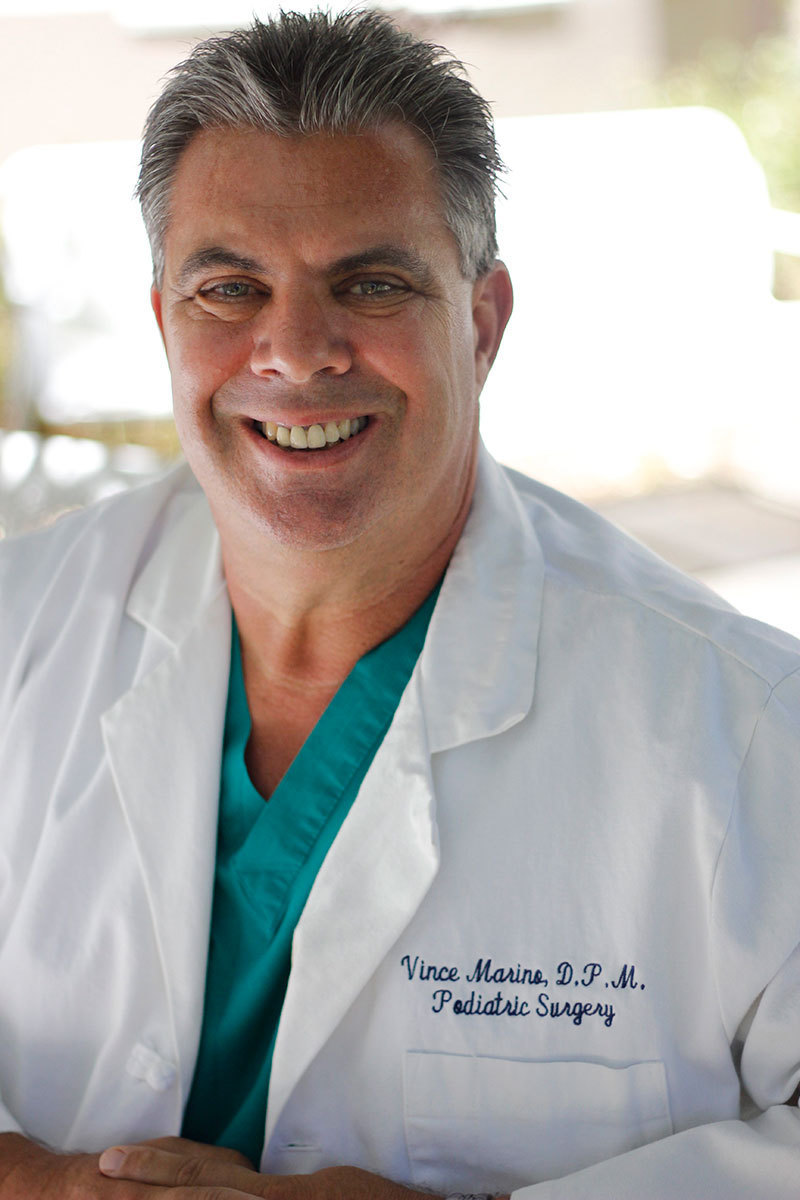